How Zen Became Zen: The Dispute Over Enlightenment and the Formation of Chan Buddhism in Song-Dynasty China Morten Schlütter 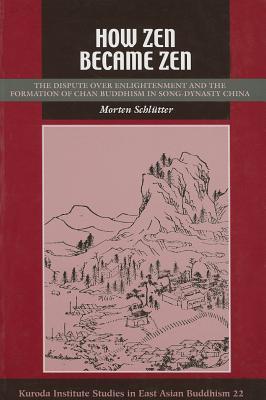 The famous Linji (Rinzai) Chan master Dahui Zonggao (1089-1163) railed against heretical silent illumination Chan and strongly advocated kanhua (kōan) meditation as an antidote. In this fascinating study, Morten Schlūtter shows that Dahuis target was the Caodong (Sōtō) Chan tradition that had been revived and reinvented in the early twelfth century, and that silent meditation was an approach to practice and enlightenment that originated within this new Chan tradition. Schlūtter has written a refreshingly accessible account of the intricacies of the dispute, which is still reverberating through modern Zen in both Asia and the West.

Dahui and his opponents arguments for their respective positions come across in this book in as earnest and relevant a manner as they must have seemed almost nine hundred years ago. Although much of the book is devoted to illuminating the doctrinal and soteriological issues behind the enlightenment dispute, Schlūtter makes the case that the dispute must be understood in the context of government policies toward Buddhism, economic factors, and social changes.

He analyzes the remarkable ascent of Chan during the first centuries of the Song dynasty, when it became the dominant form of elite monastic Buddhism, and demonstrates that secular educated elites came to control the critical transmission from master to disciple (procreation as Schlūtter terms it) in the Chan School.

Comments
Comments for "How Zen Became Zen: The Dispute Over Enlightenment and the Formation of Chan Buddhism in Song-Dynasty China":