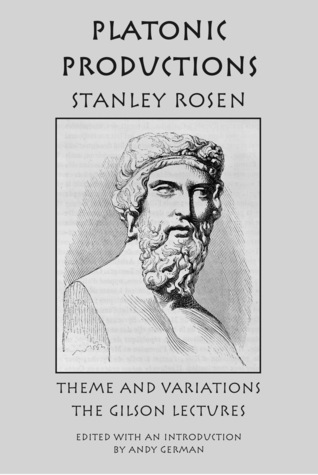 Stanley Rosens Etienne Gilson Lectures, delivered at the Institut Catholique de Paris and now available in English for first time. His lectures bring Heidegger and Plato into a conversation around a basic philosophical question: Does the acquisition of truth resemble discovery or production? While Rosen undertakes a close examination of Heideggers engagement with Plato, exposing some ways in which that engagement constitutes a misreading, the goals of his study are not exclusively critical.

In arguing against the claim that Plato stands at the beginning of Western metaphysical history which culminates in late modern nihilism, Rosen also points out how close Plato is to some characteristically Heideggerean themes and formulations. Heidegger is critiqued from the standpoint of Plato, but it is equally true that Platonic themes (such as the hypothesis of the Forms) are read anew in light of the questions raised by Heidegger.

In keeping with the overarching theme of the Gilson Lectures, Rosens six talks, and the introduction by the volumes editor aim to demon-strate that metaphysics is always possible, indeed inescapable, by meditating on the two philosophers whose thinking, especially where it diverges, centers on that very point. While Platonic Productions takes up some of the most contentious issues in the Heidegger-Plato relationship, issues which are addressed in the always expanding scholarly literature and in Rosens own earlier work, it is not at all intended exclusively for specialists in Plato or Heidegger.

Rather, it is hoped that this volume will appeal to all who are interested in Greek and German thought and in the foundational questions which underlie the history of philosophy as a whole, both ancient and modern--