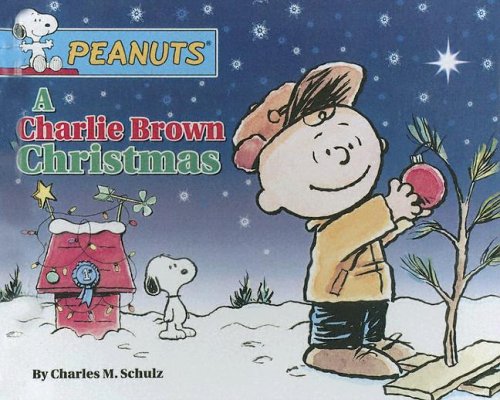 Peanuts: A Golden Celebration is a remarkable collection of strips spanning that time period. Readers get to see the first appearance of Linus, Marcy, Pigpen, and Woodstock, and even the momentous first time Lucy holds a football for Charlie Brown to kick. Schulz comments on the cartoons and his inspirations via notes in the margin, ranging from boyhood stories about his father (a barber, just like Charlie Browns) to an account of the time the narcolepsy experts at Stanford University expressed concerns over Peppermint Pattys constant sleeping in class.

One of the most interesting inclusions is that of several letters of complaint, ranging from readers whose religious sensibilities have been offended to a 1969 missive from Schulzs own syndicate asking him not to depict Franklin in the same school as the white students anymore. Naturally, the much-loved Peanuts holiday specials are covered, as is the musical adaptation Youre a Good Man, Charlie Brown, but its the strips that really make the book. Readers can follow the evolution of Schulzs drawing style--deliberately less realistic as the years went on--and even check out a few panels drawn by Schulzs own cartooning heroes.

This is a terrific compilation that serves well both as a chronicle of popular culture and as just a really funny collection of comic strips. Dont wait for the Great Pumpkin to bring you one. --Ali Davis