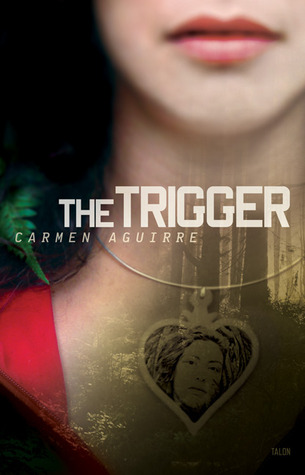 “When I was thirteen I was raped by the Paper Bag Rapist. I was with my younger cousin at the time, and neither one of us ever saw him—he used a paper bag to cover his own head or those of his victims. Not that we would have seen him anyway- a gun was held to the backs of our heads and if we turned around he’d kill us. He only had one bullet left, he said, so he’d have to chop up my cousin while I watched, then shoot me. By the time the attack was over and we were left lying in the mud, we were both different people.I had wanted to write a play about this experience for years- propelled by my anger at how often rape was portrayed in a titillating, shocking, gratuitous way on screen or stage.

Rapists were evil and the victims were only that: victims.But, how would I stage it? How would I tell the story? Why would I tell this story? After a decade of chewing over these questions, the image of a young tree lying on its side came to me. A man was chopping an axe through its centre. A girl in a harness spun out of control above him. The sound of their breathing filled the space. The seed for The Trigger was planted.The Trigger is for the 170 victims of the Paper Bag Rapist, their families, the communities affected by this predator, and every human being who has ever been sexually violated and lives with that experience in their core, which comes to the surface in intimate relationships, because, let’s face it, when one is raped, there is physical intimacy with the attacker.

The Trigger deals with the ripples of this kind of violation.”Cast of 5 women.

Comments
Comments for "The Trigger":