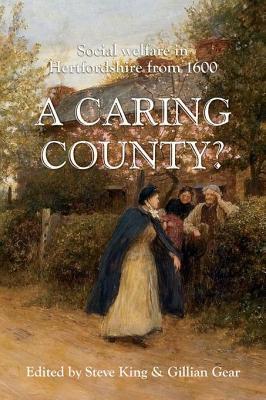 In so doing it makes a valuable contribution to the current debate about the spatial and chronological variation in the character of welfare regimes within single counties, let alone more widely. As well as viewing poor relief geographically and chronologically, the book also considers the treatment of particular groups such as the aged, the mad, children, and the unemployed, and shows how, within the constraints of the relevant welfare laws, each group was dealt with differently, giving a more nuanced picture than has perhaps been the case before.

The overarching question that the book attempts to answer is how effectively Hertfordshire cared for those in need. With chapters on madhouses, workhouses, certified industrial schools, the Foundling Hospital, pensions, and medical care, the book covers a very broad range of topics through which a complex picture emerges. While some officials seem to have been driven by a relatively narrow sense of their obligations to the poor and vulnerable, others appear to have tailored welfare packages to their precise needs.

Naturally, self-interest played a part: if the weakest citizens were well managed, vagrancy might be lessened, the spread of disease contained, and control maintained over the cost of looking after the poor and sick. It seems that Hertfordshire was relatively nimble and sensitive in discovering and treating its peoples needs. Evidence is beginning to emerge, in other words, that Hertfordshire was in essence a caring county.

Comments
Comments for "Caring County?: Social Welfare in Hertfordshire from 1600":