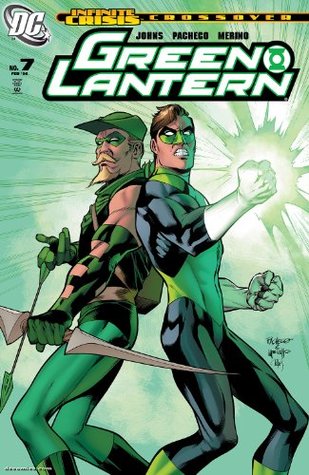 Geoff Johns originally hails from Detroit, Michigan. He attended Michigan State University, where he earned a degree in Media Arts and Film. He moved to Los Angeles in the late 1990’s in search of work within the film industry. Through perseverance, Geoff ended up as the assistant to Richard Donner, working on Conspiracy Theory and Lethal Weapon 4.

During that time, he also began his comics career writing Stars and S.T.R.I.P.E. and JSA (co-written with David S. Goyer) for DC Coimcs. He worked with Richard Donner for four years, leaving the company to pursue writing full-time.His first comics assignments led to a critically acclaimed five-year run on the The Flash.

Since then, he has quickly become one of the most popular and prolific comics writers today, working on such titles including a highly successful re-imagining of Green Lantern, Action Comics (co-written with Richard Donner), Teen Titans, Justice Society of America, Infinite Crisis and the experimental breakout hit series 52 for DC with Grant Morrison, Greg Rucka and Mark Waid.

Geoff received the Wizard Fan Award for Breakout Talent of 2002 and Writer of the Year for 2005, 2006, 2007 and 2008 as well as the CBG Writer of the Year 2003 thru 2005, 2007 and CBG Best Comic Book Series for JSA 2001 thru 2005. Geoff also developed BLADE: THE SERIES with David S. Goyer, as well as penned the acclaimed “Legion” episode of SMALLVILLE. He also served as staff writer for the fourth season of ROBOT CHICKEN.Geoff recently became a New York Times Bestselling author with the graphic novel Superman: Brainiac with art by Gary Frank.