A Year in the Scheisse: Getting to Know the Germans Roger Boyes 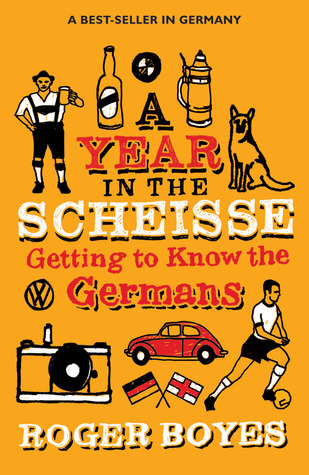 No cliché about Germany left the country without us having given it our seal of approval. Laugh-out-loud funny, this is the memorable story of an English journalists adventures—including his encounters with women—as he tries to get to grip with the Germans. Facing bankruptcy, Roger is advised by his accountant to make use of a legal loophole: in Germany married couples have their tax bill halved.

So the search is on for a German bride. Meanwhile his father, a former bomber pilot and war hero, is also in financial trouble and is threatening to move to Germany and sponge off his son. The combination of financial, romantic, and parental crises sets in motion a hilarious romp during which we readers more than they really wanted to about speed-dating, nudist beaches, the British media obsession with Adolf Hitler, how to cheat at the Berlin marathon, curry wurst, and stuffed cabbage.

Comments
Comments for "A Year in the Scheisse: Getting to Know the Germans":