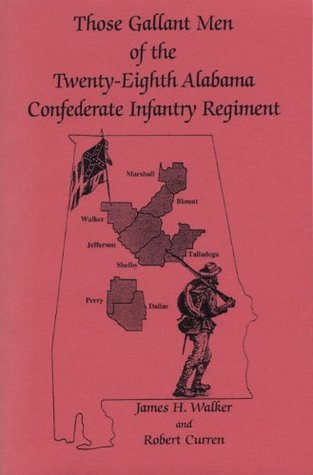 The regiment was composed of ten companies of men, recruited from eight central Alabama counties: Blount, Dallas, Jefferson, Marshall, Perry, Shelby, Talladega and Walker. Some of the men were from plantations in the wealthy black belt region of Alabama, while others were from poor one mule farms from the hill country of the state. This work includes the diary of Captain Isaac McAdory, who recorded the day-by-day activities of the regiment and its participation in seven major battles and numerous skirmishes from the time of its organization in 1862 until its surrender in 1865.

One of the strangest occurrences in modern military history was to fall upon the regiment when General Braxton Bragg had two of its members assassinated by firing squad for going AWOL. By the time the Civil War ended, 529 men from this regiment had been hospitalized, 395 had become prisoners of war, and 403 had lost their lives in battle. The first third of the book gives the background and organizational history of the regiment and a photograph of its battle flag of silk, designed by the renowned artist Nicola Marshall, who also designed the original Confederate battle flag.

The bulk of the book is an appendix which summarizes the mens service records, and hospital and death records, and presents a glossary of medical terms, biographical sketches, and census records of many of their families. An everyname index completes the work. As a historian and genealogist, James Walker has presented a work from which researchers, historians and Civil War buffs will greatly benefit, while getting to know the remarkable men, those gallant men, of the 28th Alabama Confederate Infantry Regiment.

Comments
Comments for "Those gallant men of the Twenty-Eighth Alabama Confederate Infantry Regiment":