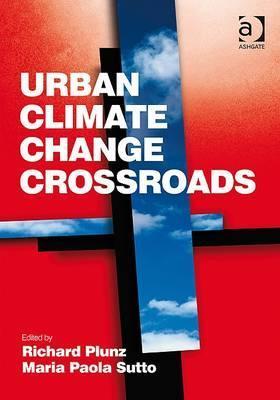 The second crossroad is intellectual. Our individual disciplines are unable to grasp the magnitude of the economic-ecological challenges ahead. For that we need to work holistically, calling on the knowledge of climatologists, engineers, sociologists, economists, public health specialist, designers, architects, community organizers, and more.

The intellectual crossroad is nothing less than a new intellectual field of Sustainable Development. Based on a major international forum held in Rome in 2008, this volume brings together leading climate change experts to engage with the climate change discourse as it shifts from mitigation to adaptation, with particular attention to the urban environment.

In doing so, it provides important insights into how to deal with the first crossroad, by achieving the second. It represents a new generation of thinking involving not only science, but the broad array of fields that must be called upon to effectively address the global climate crisis: from ecological science to political science- from economics to philosophy to architecture- and from public health to public art.

It is a pioneering effort to broaden the discursive field, and is likely to remain a landmark study on the subject for a generation.